The winner of the European Tuning Showdown 2019 has been decided. Of the 48 show cars entered from all over Europe, the renowned and coveted title went to Christian Ammer and his Rauh-Welt-Begriff Porsche 911 Carrera 4 (964). Japanese tuning icon Akira Nakai himself fabricated an exclusive bolton widebody kit and came all the way from Japan for the installation. Some very striking features of this Apple Macintosh-styled classic Porsche include the unusual, multi-part Messer rims with central locking (11 x 18 inch ET-20 and 13.5 x 18 inch ET-100) and the turbocharged boxer engine. In the exclusive Rauh-Welt-Begriff community, this Porsche is known as "Khloe". As the winner, Christian Ammer was awarded 2,000 euro in cash as well as a trip to the world's largest tuning convention, the SEMA Show in Las Vegas, USA.

The runner-up was Thomas Owczarski from Saxony, who pimped his VW Polo 3GT hatchback with all sorts of DIY components. The highlight of the "Rocket Polo" is the wide body that he designed and fabricated himself. To a certain extent, Owczarski's design is itself modeled on the famous RauhWelt-Begriff Porsche. But the on-board technology is worth a look as well. The entire car body was stiffened with a DIY roll cage, and the chassis and braking system were modified. Under the hood, the car boasts a 1.3-liter VW Polo G40 motor refitted with motorsports components and a turbocharger, allowing it to accelerate up to 292 km/h (over 180 mph).

The second runner-up, the Frenchman Julien Boyer, showed the European Tuning Showdown that by all means, alternative drives and tuning fit together. He modified his VW Polo 6N2 extensively into the unusual "e-drive concept". With its numerous redesigned aerodynamic components, reworked headlights and taillights, and a large glass roof, this electrified Polo puts not a few concept cars of the automotive industry in the shade. 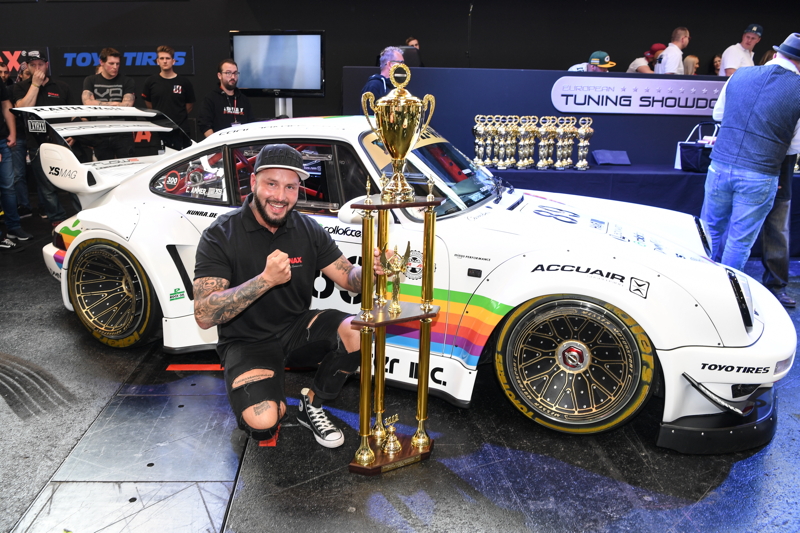 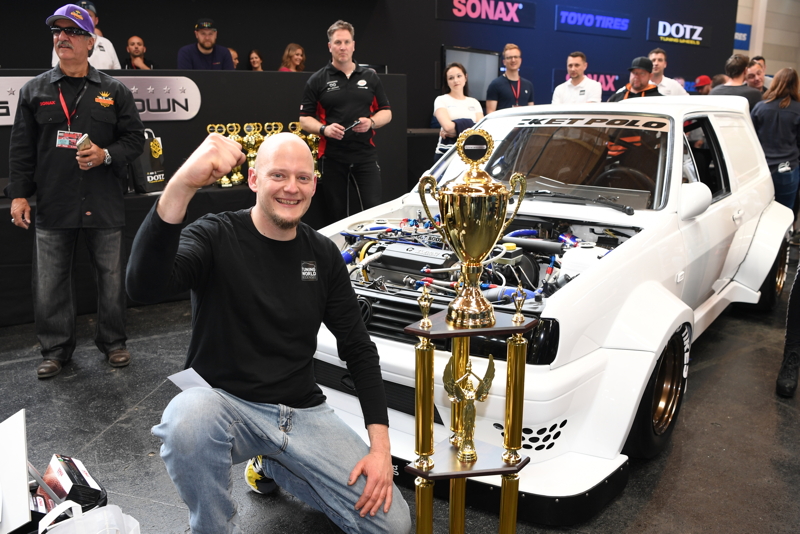 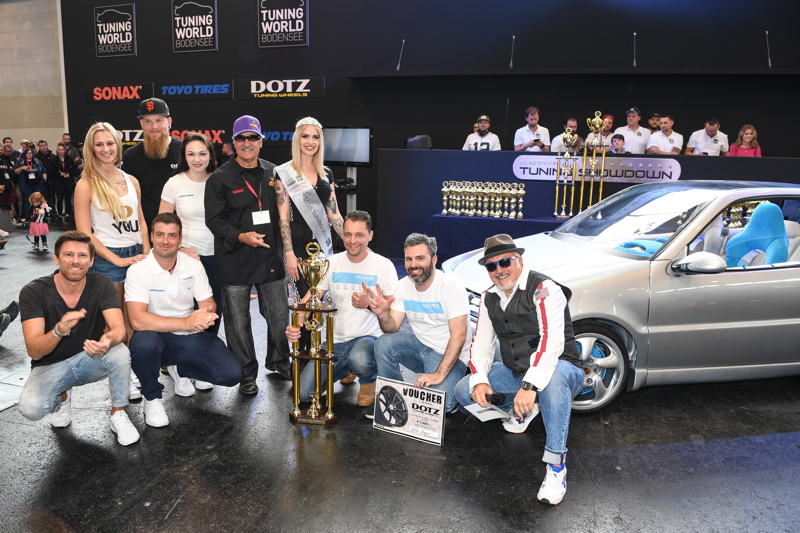